Section Method of Transmission Tower Erection The first face of the second section is raised. To raise the second face of this section it is necessary to slide the foot of the gin on the strut of the opposite face of the tower. After the two opposite faces are raised, the lacing on the other two sides is bolted up. The last lift raises the top of the towers. After the tower top is placed and all side lacing have been bolted up all the guyed are thrown off except one which is used to lower the gin pole. Sometimes whole one face of the tower is assembled on the ground, hoisted and supported in position. The opposite face is similarly assembled and hoisted and then the bracing angles connecting these two faces are fitted. 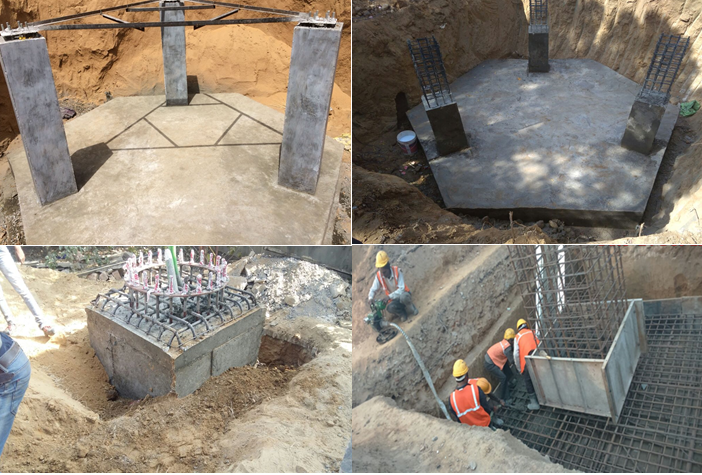